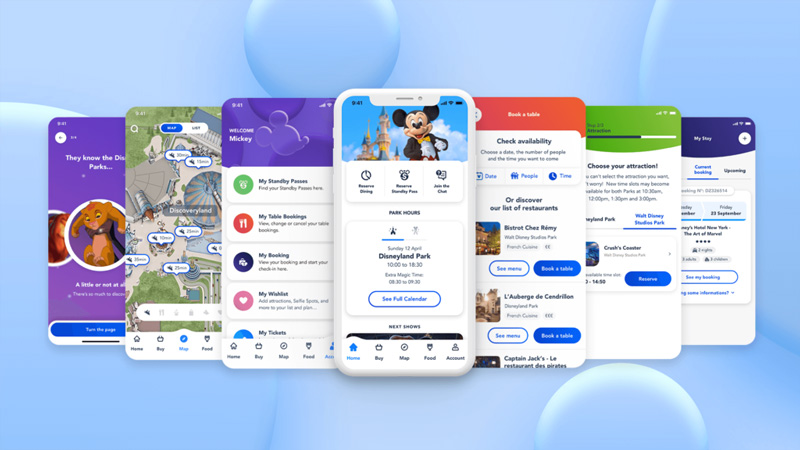 Disneyland Paris has officially announced Disney Premier Access Ultimate, a new line-skipping service. This post shares details & pricing, how the Express Pass style option will work, and discuss the potential implications for Walt Disney World, which previously followed in the footsteps of DLP.

From anywhere inside the parks, guests can use the Disneyland Paris App to purchase an assigned time slot for the aforementioned attractions. Pricing for Disney Premier Access will be per ride, ranging from €8 to €15 (~$8 to $16) depending on the attraction and day of visit. In essence, this is Walt Disney World’s Individual Lightning Lane option, but for every popular attraction.

Fast-forward to this year, when Disneyland Paris confirmed that it will launch Disney Premier Access Ultimate Service in Summer 2022. Buying this service will provide guests one-time expedited access to 12 of the most popular attractions in both Disneyland Paris and Walt Disney Studios Park.

Disney Premier Access Ultimate Service will start at 90€ (~$96) per person per day, but like the current a la carte Premier Access One (or Individual Lightning Lanes), its cost could be higher on peak season dates. Think of it like Express Lanes on toll roads–dynamic pricing that increases with demand. 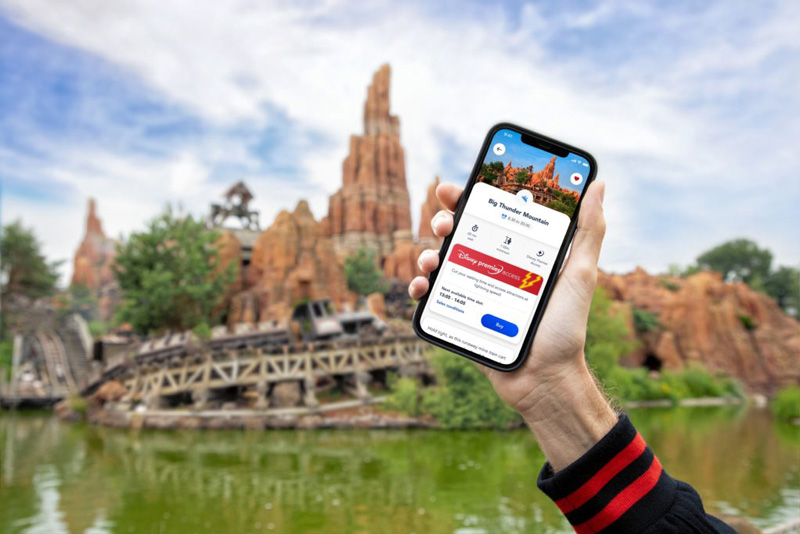 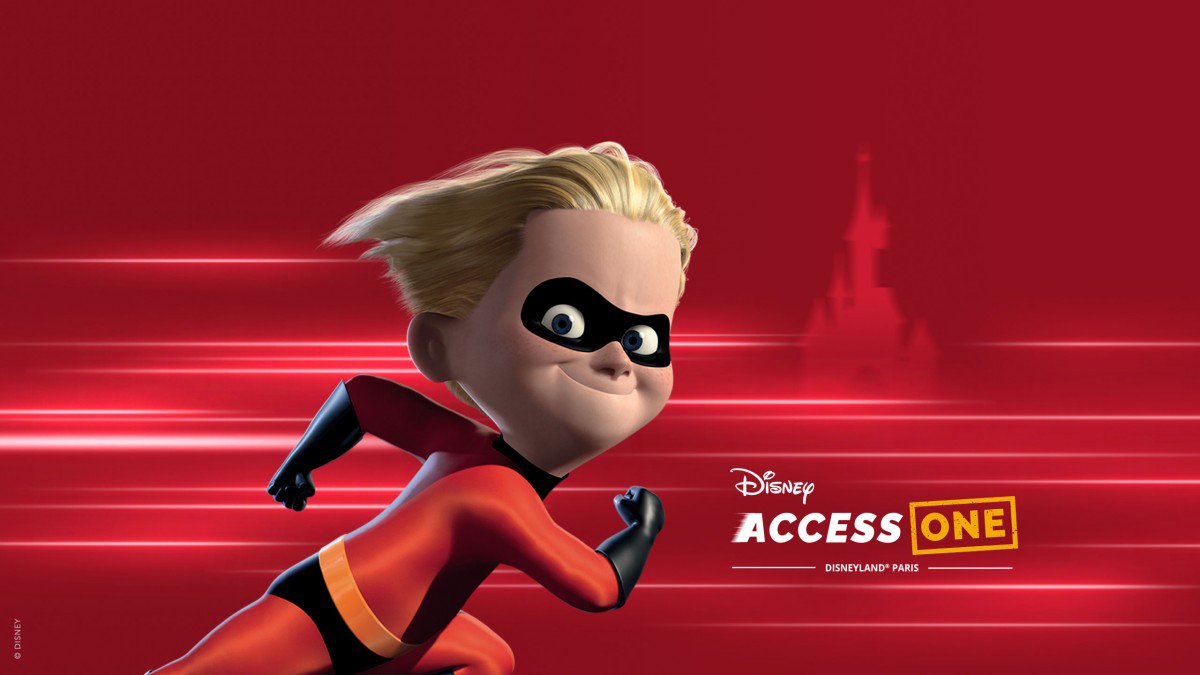 This is not Disneyland Paris’ first foray into a (regular) Express Pass style offering the ability to skip the line once at all popular/eligible attractions. Several years ago, Disneyland Paris debuted two new paid FastPass options: the Super FastPass and the Ultimate FastPass.

The Super FastPass bundled together thrill rides or family-friendly attractions for one-time line skipping with no set return times. The Ultimate FastPass granted both immediate and unlimited access to all FastPass attractions. The pricing on these options ranged from around $30 for the Super FastPass during off-season to $175 for the Ultimate FastPass during peak season. (The dollar is stronger now; Disney Premier Access Unlimited would’ve cost $100+ back then.) 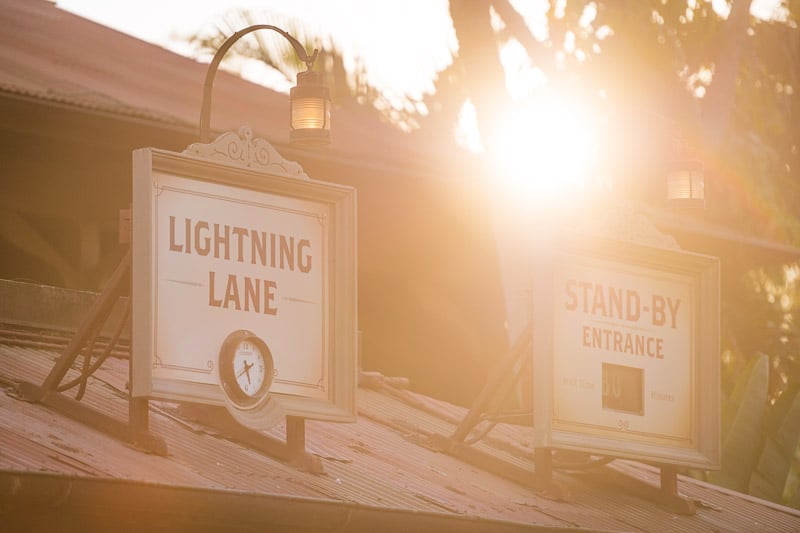 I’m going to guess that there are a fair number of Walt Disney World fans–who have absolutely zero intention of ever visiting Disneyland Paris–reading this post with bated breath. There’s understandable, as the original announcement of Disney Premier Access One was a precursor to Genie+ and Lightning Lanes at Walt Disney World last fall.

Premier Access debuted at Disneyland Paris in early August and its counterparts were announced for Walt Disney World and Disneyland a little over two weeks later. The Genie systems then launched in October and December, coming first to Florida. Naturally, the question on a lot of U.S. Disney fans minds is going to be whether this means an “Ultimate Lightning Lane Service” is on the horizon for Walt Disney World or Disneyland? 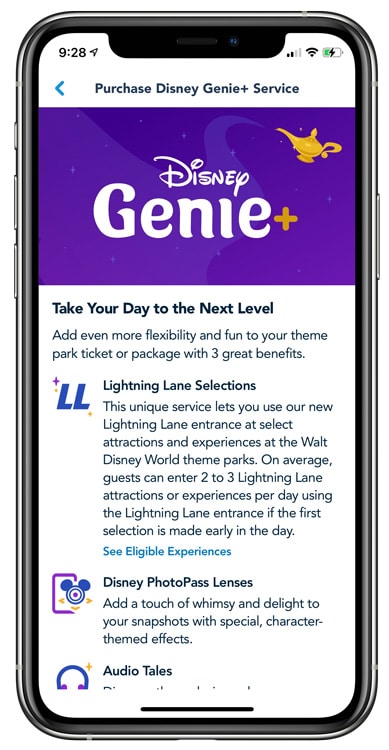 The U.S. parks selling such an “ultimate” service would make sense. Walt Disney World has added a ‘warning’ to its official resources about Genie+ and Lightning Lanes, stating that “on average, guests can enter 2 to 3 attractions or experiences per day using the Lightning Lane entrance if the first selection is made early in the day.” (Read more in Genie+ Really is Paid FastPass+ at Walt Disney World.)

For its part, Disneyland has likewise added a pop-up on busy days: “We strongly encourage you to check today’s Lightning Lane availability and other park details before purchasing Disney Genie+ service, as purchase of Disney Genie+ service is nonrefundable. We apologize for any inconvenience.” 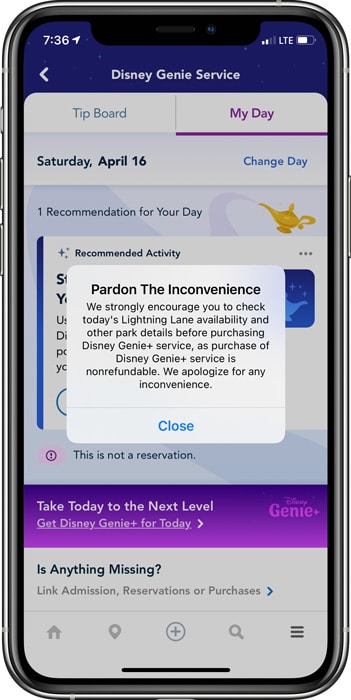 At Walt Disney World, this warning is being made for good reason, in an effort to lower expectations about how much guests can accomplish via Lightning Lanes. When Genie+ is useless or guests feel they aren’t getting their money’s worth, there are long lines at Guest Relations, refunds are issued, and guest satisfaction scores drop.

We’ve heard a lot of frustration from readers, with some of the key points from people who have purchased Genie+ being that it’s confusing, doesn’t allow advance ride reservations, involves too much screen time, and there’s minimal availability. Many feel like they wasted their money and time with Genie+, and there’s even a growing chorus that Genie+ would be better if it cost more and actually provided value. (Note: the #1 complaint about Genie+ is still that it costs money–the aforementioned complaints are from buyers of Genie+ offering constructive feedback of the current system.) 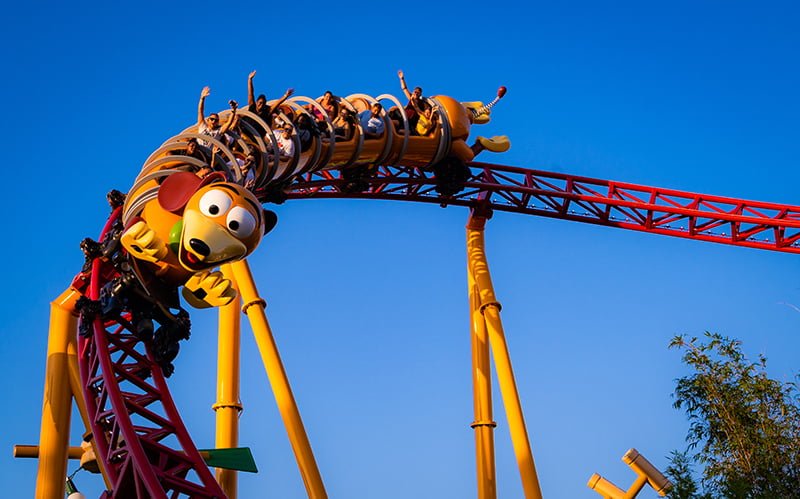 In theory, an Ultimate Lightning Lane offering line-skipping access to all eligible attractions (or a bundle of them) in a given park on a given day at Walt Disney World would address all of these complaints. Even though it probably wouldn’t allow advance ride reservations, that wouldn’t be necessary if you knew you’d be able to do every Genie+ enabled attraction in the park.

In a perfect world, it would be blissfully low-tech. You wouldn’t even need to make ride reservations–you’d simply purchase the Ultimate Genie+ service and the system would then know you’re eligible to use each Lightning Lane once, whenever. Disney could even use some silly tagline like, “now Genie is granting more than 3 wishes with expedited access to all of our most popular attractions via the Ultimate Genie+ Service.” (With how nonsensical the naming convention has been thus far, they’d probably actually call it “Heimlich’s Ultimate Chew Chew Express.”) 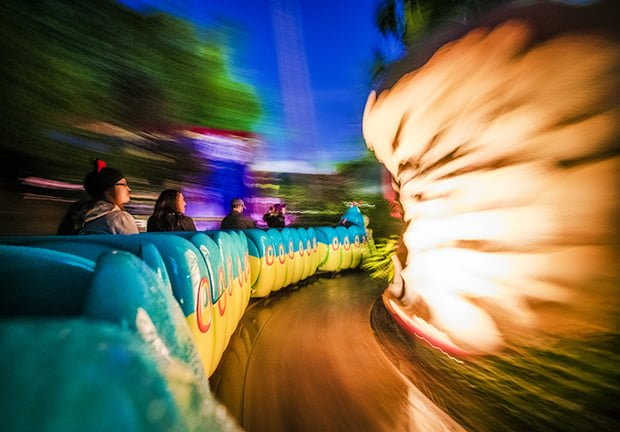 Of course, there’s the issue of pricing. If Disney Premier Access Ultimate costs $96 (and up) at Disneyland Paris, and regular Express Pass costs $80 (and up) at Universal Orlando, what is the realistic starting point of such a service at Walt Disney World? I’m not even going to bother with a specific guess, and will just say: “significantly higher than both.”

While it has since been overshadowed by, ahem, other controversies, Walt Disney World has garnered a lot of mainstream media attention in the last few months for price increases. Normally, this outrage is confined to fan sites, but we’ve been seeing articles in major newspapers and business publications. That is, until those headlines were displaced by what we’ll simply call “Bob Chapek’s Series of Unfortunate Events.” 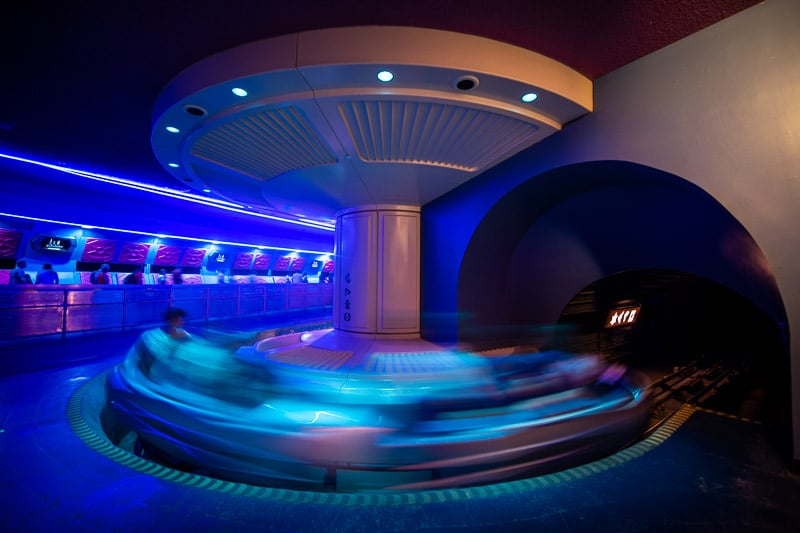 Normally, Walt Disney World is not particularly shy about raising prices or further segmenting its products to increase per guest spending. However, there has been a noticeable reticence to do this with Genie+ and Lightning Lanes. Regardless of perception among fans, these services have been commercial successes–and could be even more so.

Walt Disney World could easily raise the price of Genie+ to match its Disneyland counterpart, which might even solve some issues in balancing supply and demand. (Or not.) Without question, they could increase the price for Individual Lightning Lanes, especially Star Wars: Rise of the Resistance. That attraction has been selling out in minutes for months, and Disney is literally leaving money on the table by not raising its price by $5 to $10. I can’t think of any explanation for why they haven’t, other than the outrage it would cause among fans. 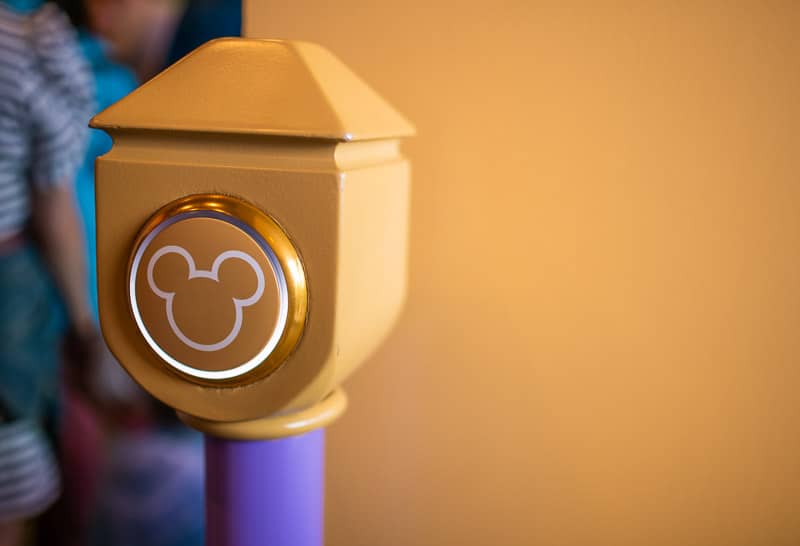 In the end, it’s for that same reason that I’d be surprised if Walt Disney World launches its own counterpart to Disney Premier Access Ultimate. Even though Disneyland Paris was a testing ground of sorts for prior paid FastPass products, I just have a hard time seeing history repeat itself here. At least in the near term, I don’t think Lightning Lane Ultimate (or whatever) is coming to Walt Disney World.

There’s a reason why prices on the Genie suite haven’t yet increased, and I think it’s driven in large part by complaints and low guest satisfaction. Disney was willing to bear the brunt of that last fall for the launch of its lucrative paid FastPass service; I’m very skeptical that they’re willing to revisit that same type of negative attention again–especially given the aforementioned series of unfortunate events. 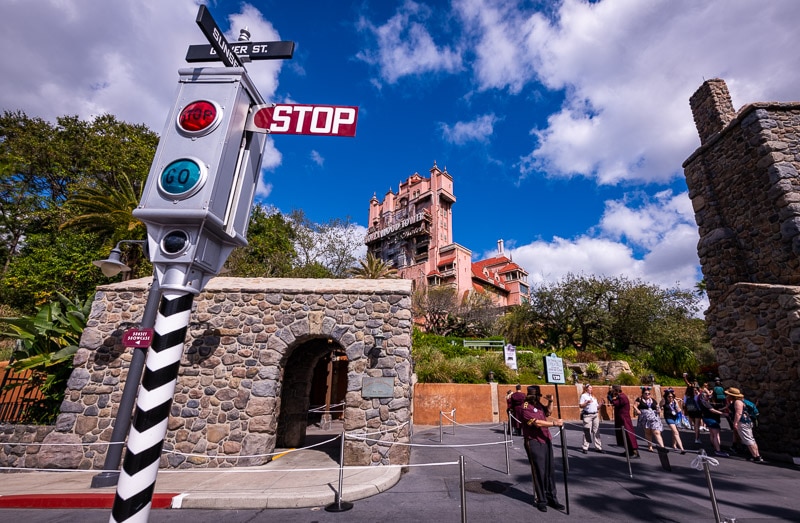 With that said, I do think Genie+ and Lightning Lanes will be revisited down the road, and the product offering will be overhauled, prices increased, or other significant adjustments made. The current Genie system is significantly problematic (arguably fatally flawed), and has the potential to cause long-term brand damage if not addressed at some point. That’s unlikely in the near-term, especially as business is booming. Moreover, doing that so soon after launch would amount to an about-face or concession of problems, and I doubt Disney is willing to do that just yet.

In my totally uninformed opinion, the company is most likely to launch something right after the end of Walt Disney World’s 50th Anniversary, and then pretend that was always the plan, with Genie being a “special guest offering” (HA!) for the World’s Most Magical Celebration. That’s a complete guess, and probably a bad one. I just don’t want to imagine a future where we’re saddled with the current Genie system for another decade or longer.

What do you think of Disney Premier Access Ultimate? Would you purchase this at Disneyland Paris, stick to standby, or the a la carte Premier Access? Think that Genie+ Lightning Lane Ultimate (or Heimlich’s Ultimate Chew Chew Express) will be rolled out at Walt Disney World? Do you expect that Walt Disney World will tweak its Genie system to address unfavorable “feedback” from guests? Agree or disagree with our assessment? Other thoughts or concerns? Any questions we can help you answer? Hearing your feedback–even when you disagree with us–is both interesting to us and helpful to other readers, so please share your thoughts below in the comments!